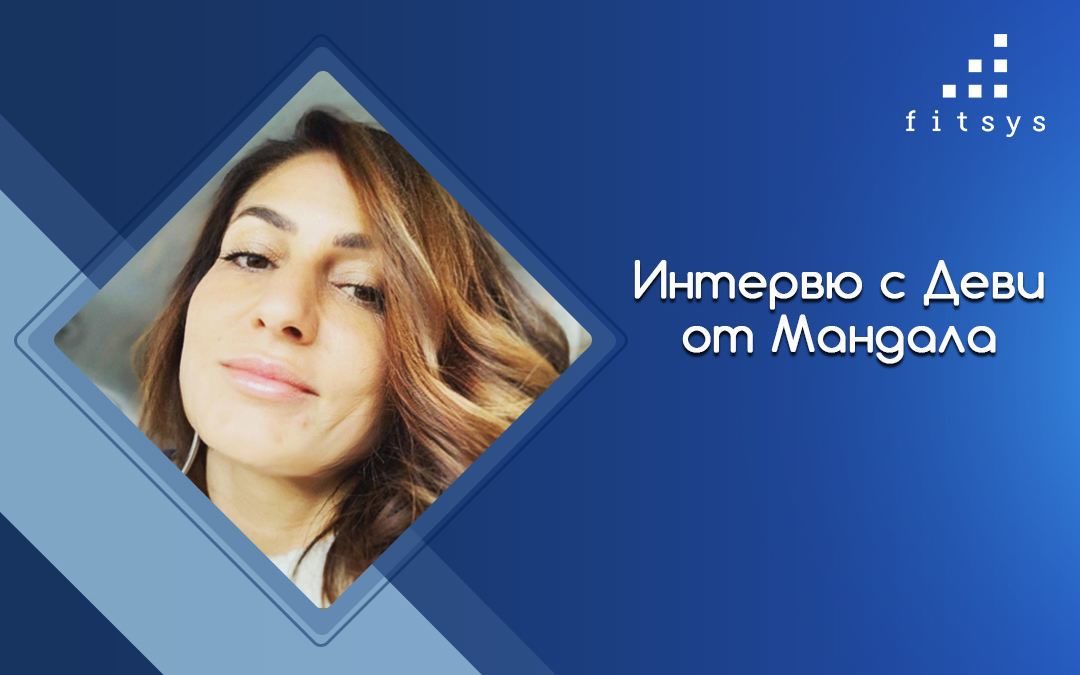 Interview with Devi, founder of Yoga Mandala and Petya, manager of the studio

How did you meet the fitsys team?

Petya: Before we decided to use Fitsys software, we used Mindbody online. For the two years we were their clients, we were very disappointed.
Teddy: We weren’t happy with Minbody’s support and one day I went online and found you. The site was well-designed and trusted. We called and made an appointment the next day.

What challenges and problems did you have before Fitsys?

Petya and Teddy: We are one of the largest and oldest yoga studios in Sofia. After we moved to a larger site, on 3 floors and the attendance increased, it became necessary to use software to manage the center. Then we decided to use the largest software for yoga studios – Mindbody. After 2 years of working with this software, which is cumbersome and requires several steps to register the person in practice. It is slow and every half year our fee was increased, and without warning, it was high time to look for other software. We tried to search online and came across Fitsys. We saw that the software had everything we needed. We talked about the things we needed and the company confirmed that its software contained them, after which we decided on “Fitsys”.

How did Fitsys handle your requirements?

Petya and Teddy: Apart from the speed of the software and the few steps required for the main processes, we also liked the cooperation of the Fitsis team, which, despite our every wish and requirement, did not say that it could not happen, on the contrary they quickly added it as a functionality to make the software fully applicable to our business. For some things, they gave us predictions of when they would be implemented, but they never refused us. This is very important because every business is different and every industry needs different functionalities.

How fast did they launch the system?

Petya: First we agreed on the conditions and agreed on the functionalities that we need. After only about a month we were already working with the new software.
Teddy: We are very happy that we received training and support by phone and on site outside of working hours.

Are you satisfied with the support?

Petya and Teddy: We are very happy to have come across this software and the team behind it, because they are always ready to help us. If there is a problem they solve it immediately, they help us and answer any absurd questions we have and have forgotten how to do something. In addition, when we need something, they seek to implement it or anticipate it for future implementation.

Did you use another system and how did the migration go and how long did the transition from the old to the new system take?

Petya: As I said before “Fitsys” we used “Mindbody” – the world’s largest software for managing yoga studios. The transition from the old to the new system with staff training took no more than a month.

How did you learn to work with the system? Was there training, are you happy with it?

Petya and Teddy: Before we started working with the system, we had the right to train staff. Fitsys complied with everyone on the team because there was no way we could bring all the staff together for one day of training. The training took place in several visits and the Fitsys team showed patience and understanding to us. We hurried things to happen urgently and start working with the new software. Of course, in the beginning we had to call them constantly with questions about things we had forgotten from the training and they patiently helped us, even outside of working hours. We are very grateful to them for their responsiveness and understanding.

How did your employees accept the new system?

Petya: Like everything new, there was some resistance in the beginning, but it was overcome very quickly. The most interesting thing is that our former receptionist returned to our team and literally in half a day she was already working with the new software and said that this is the best thing we have done to facilitate and speed up the work at the reception and just because the software now works at times better.
Teddy: The employees are very satisfied and the processes have been optimized a lot. There were things that could not be sold in the previous system and we were on a notebook + software and now we have switched entirely to software. Many mistakes were minimized.

Have you made improvements to the processes with the help of the system and helped it to understand and manage your business better?

Petya and Teddy: Yes! What changed the most drastically was the speed of customer service. Reception errors were also reduced. Our reception staff is changed most often. It also has new people in our team who we trained very easily and quickly and they started using the software quickly. The good thing about the system is that there is an expense part, which made it even easier to keep track of and enter things. The reports in the software are also very good and have quite detailed breakdowns, which help for a better analysis of the work in the center. For each report there is an export in excel so that the data can be processed even more thoroughly. Another very good feature is the revision of the store. You enter the quantity and it immediately compares and says if there are losses or in excess of things and respectively in monetary value. Last but not least, our costs dropped because Mindbody is very expensive.

Did you learn new things about your business using the system?

Petya and Teddy: Yes. We’ve learned that when you make it easier for people to serve customers, mistakes are drastically reduced. We also learned that if something (Mindbody) is popular all over the world and used by many studios it does not make it good software and user friendly.

Are new versions being released and is the system improving over time?

Petya and Teddy: Yes. The Fitsys team individually tailors its product to the customer’s needs and improves the system. It also introduces new functionalities. When a bug occurs, they fix it very quickly.

Did the system help you launch new services?

Petya: So far we have not launched a new service, but we are in the process of launching online registrations for practices and events, as well as online payment. We also have ideas for introducing bonus systems.

Does the Fitsys system help you to be competitive?

Petya: The system helps us to be better organized, to serve customers quickly, and after the introduction of online subscriptions and payments, as well as bonus systems, I think we will become more competitive.
Teddy: We look forward to releasing online payments.

Rate from 1 to 10 Your overall satisfaction with Fitsys .1 bad, 10 excellent.

Petya and Teddy: Our rating is 10 and we hope that the Fitsis team will continue to maintain its level and that you will always be so responsive and cooperative.

Call Now Button
We use cookies on our website to give you the most relevant experience by remembering your preferences and repeat visits. By clicking “Accept”, you consent to the use of ALL the cookies.
Cookie settingsAccept
Manage consent

This website uses cookies to improve your experience while you navigate through the website. Out of these, the cookies that are categorized as necessary are stored on your browser as they are essential for the working of basic functionalities of the website. We also use third-party cookies that help us analyze and understand how you use this website. These cookies will be stored in your browser only with your consent. You also have the option to opt-out of these cookies. But opting out of some of these cookies may affect your browsing experience.
Necessary Always Enabled
Necessary cookies are absolutely essential for the website to function properly. This category only includes cookies that ensures basic functionalities and security features of the website. These cookies do not store any personal information.
Non-necessary
Any cookies that may not be particularly necessary for the website to function and is used specifically to collect user personal data via analytics, ads, other embedded contents are termed as non-necessary cookies. It is mandatory to procure user consent prior to running these cookies on your website.
SAVE & ACCEPT